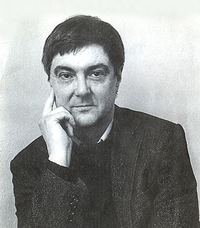 A selection of articles:

Beginning in 1966, John Lauritsen established a career as a market research executive and analyst. But he also has been a gay activist and scholar since the earliest days of the gay liberation movement.

In the summer of 1969 he joined the Gay Liberation Front, and edited Come Out!, the first publication of the post-Stonewall gay movement. He joined the Gay Activists Alliance in 1974, and served as Delegate-At-Large. And in the same year he joined the Gay Academic Union, of which he later became a National Director. He was a member of the Columbia University Seminar on Homosexualities.

With the advent of the gay health crisis in the early 80s, Lauritsen became an investigative journalist and a leading “AIDS critic” (one who rejects the official AIDS model, including the HIV-Causes-AIDS hypothesis). His main outlet was the New York Native, which from 1985 to 1996 published over 50 of his articles. These articles have been described by the leading science and medical correspondent of the Sunday Times (London) as “the most trenchantly informative, irreverent, funny and tragic writing of the Aids years” (Neville Hodgkinson, Aids: The Failure of Contemporary Science, London 1996).

(Co-authored with David Thorstad) The Early Homosexual Rights Movement (1864-1935) (New York 1974; Second Revised Edition, Ojai, California 1995). This seminal work, continuously in print since 1974, uncovered the forgotten history of the gay movement of the 19th and the early 20th century.

The AIDS War: Propaganda, Profiteering and Genocide from the Medical-Industrial Complex (New York 1993).

Work in progress: The Man Who Wrote Frankenstein. Scheduled for publication in 2007, this book will argue that the true author of Frankenstein was Percy Bysshe Shelley, not his second wife, Mary.