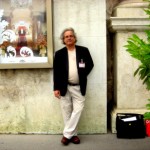 Program Director in the Cell and Developmental Biology of Cancer
Departments of Pathology, and Bioengineering,
University of Illinois at Chicago

I was contacted recently by Stephen Mills, who claims to have had a
discussion with you regarding the problems with the “HIV=AIDS” paradigm.

My colleagues and I have intensively researched this subject for the past
20 years, in the laboratories of some of the key players and institutions
that debunked the “HIV=AIDS” hypothesis years ago (at Berkeley during the
1980’s we had huge discussions in our department with Peter Duesberg who
first showed how so-called cancer viruses and other viruses cannot
possibly act the way they do to transform cells into cancerous cells, and
hurt them at the same time as is seen in immune suppressive illnesses in
which cells disappear, and while at Harvard, when we advanced the science
of tumor anti-angiogenesis in Judah Folkman’s department and Robert Gallo
contacted us, only to learn from us that Kaposi’s sarcoma, one of the
first two “AIDS-defining illnesses” could not have anything to do with
“HIV”).

The “HIV=AIDS=death paradigm, and others like it (your state’s HPV
Gardasil mandate for instance) are nothing but terrible crimes against the
American people, America’s children (in the case of “HIV” testing and the
“HPV” vaccine by Merck aimed at young girls without a shred of evidence
that HPV has been validated against any disease and now with the mounting
6,800 adverse reactions and death caused by the vaccine), that perhaps
have ever been foisted on innocent people.

In your state, professors like myself have lost their jobs in recent
months for speaking up against the state-sponsored terrorism that is the
NIH, the CDC, and big pharma (and currently my position is under attack as
well).

It doesn’t really matter to me, though, because I do have children, and
before the end of this year we are going to bring down the house of cards
that currently is destroying a generation of African Americans,
unsuspecting citizens who test positive (there are 70 known reasons to
test positive on an “HIV” test kit), their children, and a generation of
gay men who were given the failed cancer chemotherapy drug AZT at more
than a gram dosage per day, until of course more than 300,000 of them were
wiped out.

As a parent I am outraged at the continuing iatrogenocide being
perpetrated against pregnant women who are likely to test “HIV” postive if
they have had more than two children, if they received a recent flu,
hepatitis B, or tetanus vaccine, as well as the numerous violations of the
public trust that has been aimed at corrupting modern science, human
ethics, and frankly, common sense.

I welcome you to learn as much as you can specifically about these issues,
especially if you have children, or anyone else you may love and care
about. The pharmaceutical Nazi’s who continue to advocate these mass human
experiments without any scientific basis should be held accountable, and
the 50 billions now being discussed to be “rolled out” for yet more deadly
drugs should instead be used to pay reparations for the damage done to
those who have tested positive and who have become entrapped in these
deadly paradigms.

Please feel free to contact me anytime for information, or questions you
might have. I realize these are strong sentiments, but, I think if you
look into my claims (and those of my colleagues) you might be equally
outraged at the medical genocide that is occurring in this country. We
welcome anyone who wants to fight for the truth, and who wishes to work
toward the rational medical care of our nation.

I have attached a few writings from my book and elsewhere that you might
like to read about these matters.