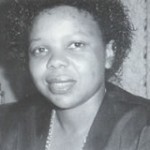 Winifred Mwebe is a 40 year old Ugandan mother of three young adults. She has worked as a volunteer with several Ugandan organisations. Since the HIV/AIDS hypothesis arrived in Uganda in the early 1980s, she has always had reservations on this issue but found no-one who respected her doubts.

“I have lost so many friends to this so-called AIDS-disease. The support I got from Continuum gave me
strength to express my views.” She is a regular volunteer at Continuum.

Uganda on My Mind (PDF)

“The Ugandan public is convinced an individual’s blood is checked to find the ‘ virus’ in the body – ‘moving up and down’ – the insect or the bug as they term it in local dialects.”