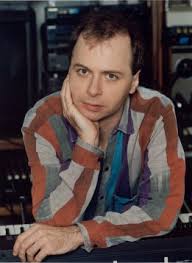 4-part series “The Cause of AIDS: Fact and Speculation” now online

The 4-hour 1992 cable TV series “The Cause of AIDS: Fact and Speculation” –  which includes interviews with key early figures in the HIV debate, and has stood the test of time reasonably well – is now available on Google Video, given renewed interest in the subject. The individual episodes are viewable at the following URLs:

A one-hour summary of all four parts is viewable at http://video.google.com/videoplay?docid=-319845918912890517 with more information about the series available at http://colman.net/aids/video.html
You can also listen to part of the subsequent 2-hour radio 1996 documentary on the CBC Radio program IDEAS, “Deja Vu: AIDS in Historical Perspective” at http://colman.jones.googlepages.com/dejavu-ideas.mp3 – the series won the Canadian Science Writers’ Association 1996 Science in Society Journalism Award (Radio Items Over 10 Minutes) and features an accompanying website at http://www.cbc.ca/ideas/features/Aids – including illustrations from STD campaigns past and present, transcripts from past programs, published scientific abstracts, newsgroup debates, an extensive reading list, and links to other sources of information. Finally, here are two more recent papers presented at scientific meetings by John Scythes and Colman Jones:

“A New Gold Standard For Syphilis?” (presented at the European Academy of Dermatology and Venereology 2004 Spring Symposium, Budapest)

“Can We Reliably Diagnose Syphilis?” (presented at the IUSTI-Europe Conference On Sexually Transmitted Infections, October 2006, Versailles)