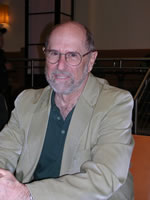 Charles Geshekter is Emeritus Professor of African history at California State University, Chico. He has an M.A. in African History from Howard University and a Ph.D. in History from UCLA. Geshekter has held three Fulbright Awards and his African field research was supported by the National Endowment for the Humanities, Ford Foundation and Social Science Research Council. His publications examine European colonialism in Somalia, Somali social history, comparative studies in Somali and Australian livestock trade to the Middle East, Somali maritime history,techniques of documentary film making, and reappraising the AIDS epidemic in Africa.

Geshekter helped to establish the Somali Studies International Association in 1978, coordinated its first conference in Mogadishu in 1980, and co-edited the Proceedings of the 1st Congress of Somali Studies (Atlanta, 1992). During the 1992-95 United Nations intervention in Somalia (UNOSOM), Geshekter was news analyst for CBS National Radio Network, KRON-TV/San Francisco, PBS, and numerous radio stations. In 1985, he produced a PBS documentary, “The Parching Winds of Somalia” for WQED-TV (Metropolitan Pittsburgh Public Broadcasting). Portions of the film were included in a McNeil-Lehrer NewsHour special program, “Somalia: Anatomy of a Tragedy” that was nominated for a 1993 Emmy Award. Geshekter was the Program Coordinator for the 1989 Meeting of the American Association for Advancement of Science/Pacific Division.

From 1991-95, he served as Chairman for its History of Science Section and was a member of its Executive Council. In 1996, he was Chief Policy Advisor on Education Finance for the California State Assembly. He also worked for the Department of Justice as a consultant and researcher regarding African immigration issues. From 2000 to 2003, Geshekter was a member of the South African Presidential AIDS Advisory Panel.